If there is one group of ingredients that can make or break just about any dish, it’s got to be herbs and spices. Need to add some extra flair that elevates every single existing flavor? The right mix of spices will do the trick! But mess up by adding too much of anything, and boom! Your carefully developed dish only tastes of mint now (are we projecting? Quite possibly, but still)! So, what has an unsure home-cook left to do? Well, we could always put our trust in spice mixes tried and tested by time itself! And for those of you who are thinking of dabbling in the Mediterranean cuisine, there is no better option than Herbs de Provence! In fact, if you want to go Mediterranean, there is no escaping Herbs de Provence!

What is Herbs de Provence? It’s a magical blend of dried herbs that grow in the Provence region in the south of France during the summer months. While the individual ingredients are not new to the Mediterranean (and, predominantly French) cuisine - in fact, they are essential parts of it - their combination is a relatively recent invention. These combinations had been used by French cooks for centuries without having a specific name or universally accepted ratio - that is, up until the moment Julia Child took the culinary world by storm! 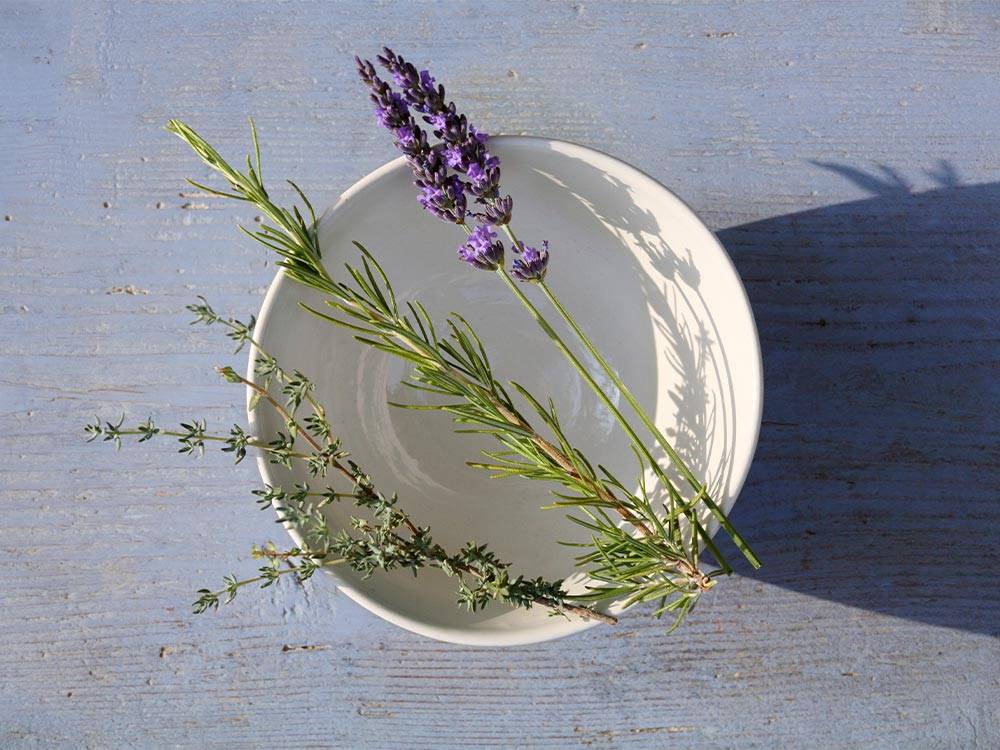 While the ratio and combinations can sometimes vary from brand to brand and even region to region, more often than not, Herbs de Provence mixes consist of savory, thyme, marjoram, oregano, rosemary, and, mostly in Northern American markets, lavender.

And even though this mix was originally crafted from Provencal herbs, it doesn’t have Protected Geographical Status - which basically means that simply because a blend is named Herbs de Provence doesn’t guarantee that it comes from the south of France. This blend is produced in most parts of the world and is popular pretty much everywhere - after all, most of the herbs included are pretty widespread and popular in other cuisines as well!

How to Use Herbs de Provence? 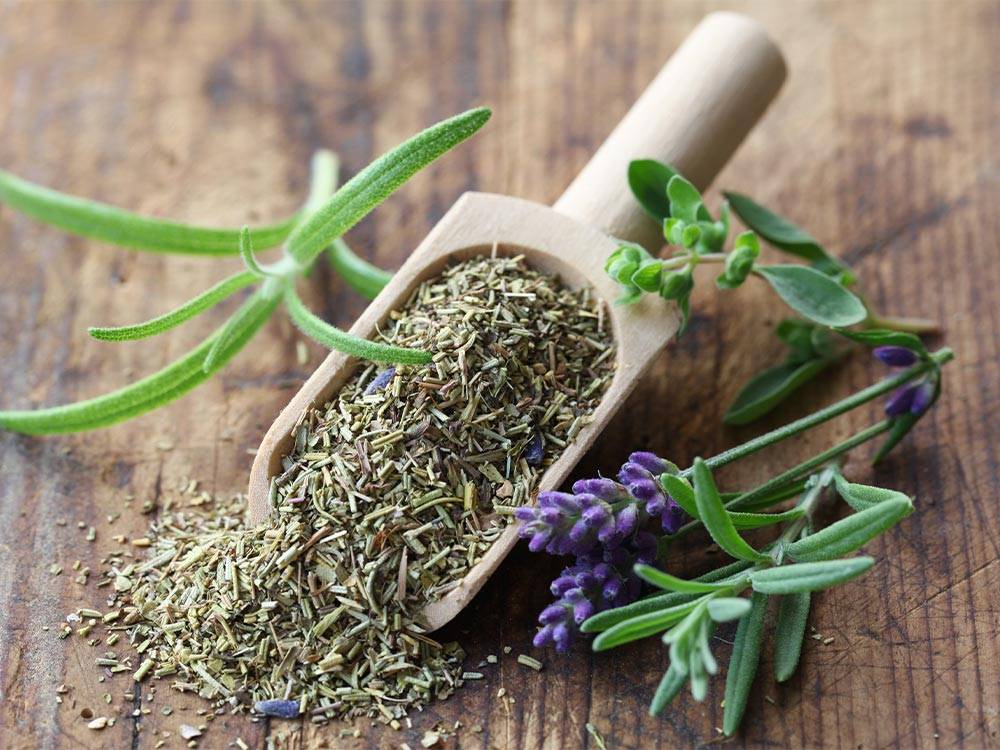 Mostly used in stews, soups, and grilled foods, Herbs de Provence can also be utilized in dressings, marinades, and even sprinkled on grills to add that special flavor to the meat throughout the entire cooking process. You’ll find some form of this mix used in most savory French recipes, but you can easily add them to a multitude of Mediterranean dishes as well - it’s not uncommon for cuisines from the same geographical region to suit similar herbs and spices, so you can find quite a lot of ways to incorporate Herbs de Provence into your culinary endeavors!

And even though these stunning mixes are not that hard to find, if you wanted to make the blend on your own, you could always get individual ingredients and combine them! So -

How to Make Your Own Herbs de Provence?

While it might seem complicated at first, in order to create your own Herbs de Provence, you just have to combine equal measures of oregano, thyme, basil, lavender, marjoram, summer savory, rosemary, and bay leaves (all dried) - voila! Your mix is ready! It’s simple and more than worth every second of preparation! So, the next time you find yourself running out of stock or simply can’t figure out where to find Herbs de Provence; however, go ahead and make your own! 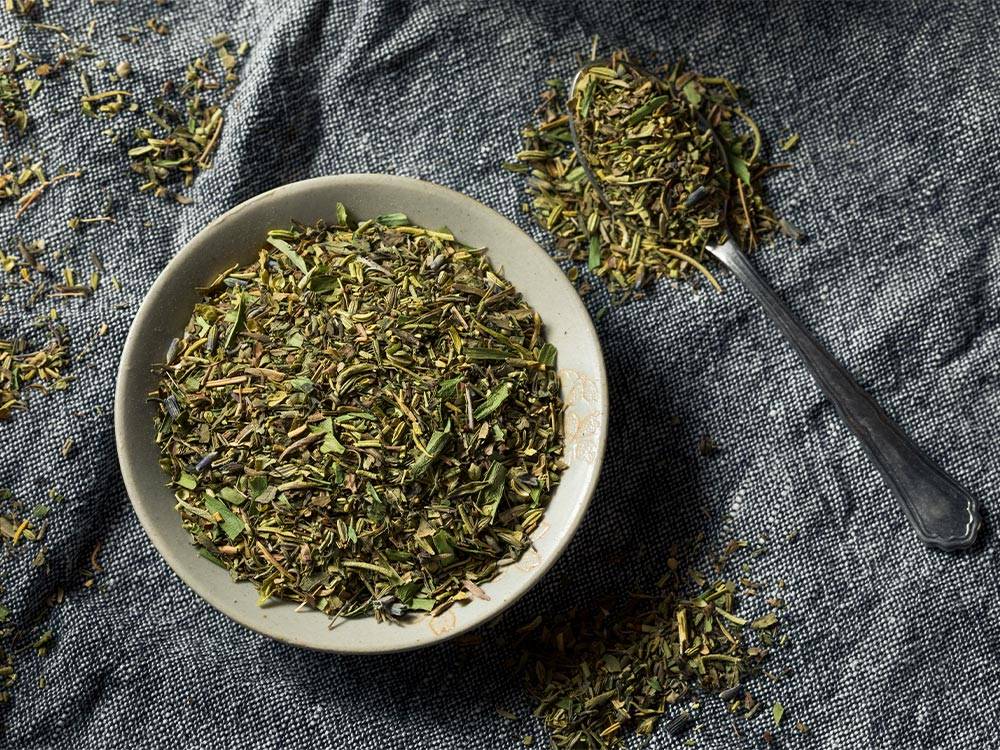 Being a part of the Mediterranean coast, Italy and France have a lot of culinary connections, and these spice blends are not an exception! Herbs de Provence and Italian seasoning mix are pretty similar in terms of uses and ingredients; however, there still are a few subtle differences! While Italian seasoning mix uses sage and has an earthier aroma, Herbs de Provence lean more towards floral flavors due to the addition of lavender - it might seem like a small change, but it’s definitely one you can taste! And while generally speaking, these two seasonings can be used interchangeably, in some very specific cases where either floral or earthier notes are crucial for the overall success, we’d recommend sticking to what the recipe asks for!

Is Fines Herbs the Same as Herbs de Provence?

Not quite! Actually, not at all! Both of the aforementioned blends are French; however, you’d rarely find them used either together or interchangeably since they serve two drastically different purposes - while Herbs de Provence is intended to add a bold mix of aromas you are guaranteed to notice, fines herbs are a combination of chives, tarragon, chervil, and parsley, mainly used with more delicate products like fish - where already subtle flavors of the main ingredient would otherwise be overpowered by additional spices.

Where to Buy Herbs de Provence? 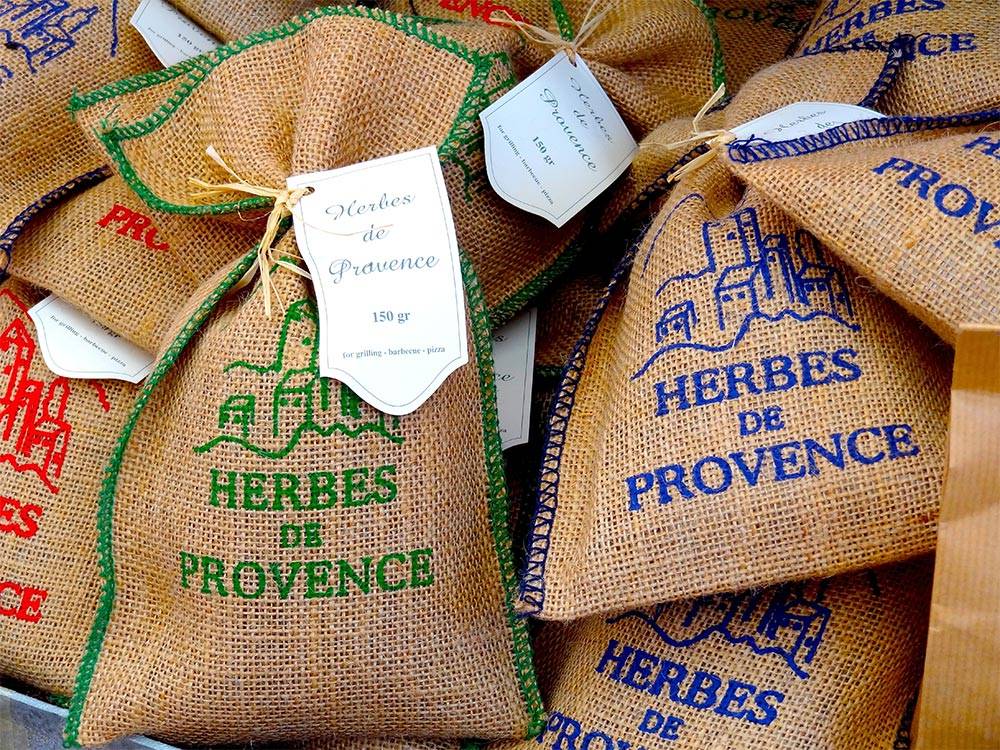 As always, Yummy Bazaar is at your service when it comes to finding flavors that are not all that common in everyday stores. From ready-made Herbs de Provence mixes to individual ingredients that allow you to create combinations of French seasoning on your own, you can find everything on our colorful digital shelves! Peruse, see for yourself, and choose your favorites! It’s that easy - and, more importantly, unbelievably delicious!