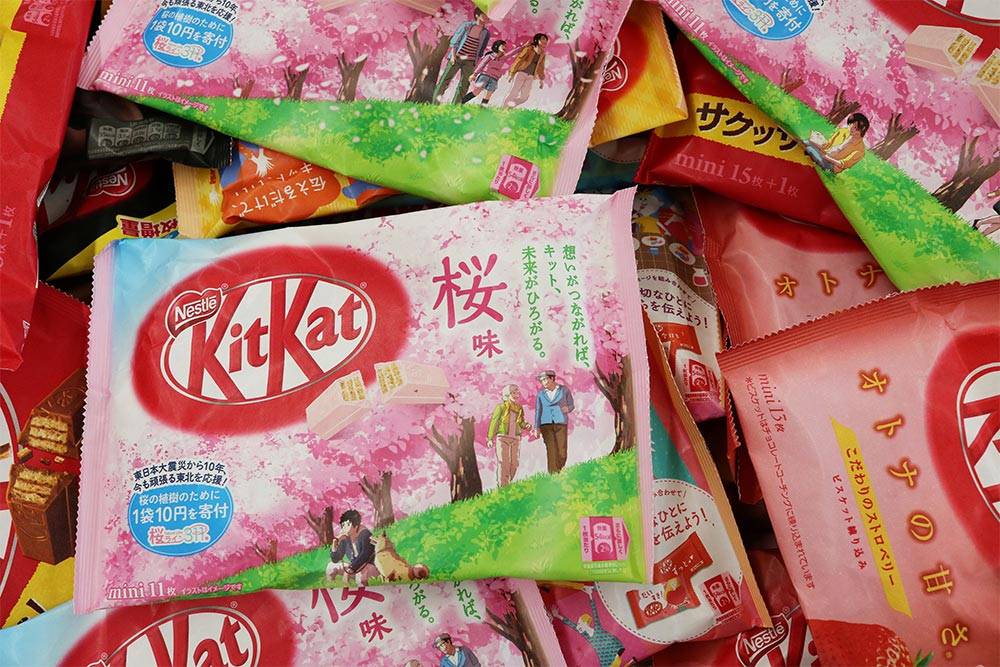 “Have a break? Have a Kit Kat!” - a great mantra to live your life by, isn’t it? And, if you’re lucky enough to be in Japan, you’re going to need a bigger break to decide which one of the 350+ flavors of Kit Kat available on the market you would prefer to go with. Well, technically that is not true, since a lot of those flavors are either region-specific or only come out for certain holidays, but even taking that into consideration, you’d still have to choose from quite a large selection of one of the most beloved chocolate bars in the world. So the question is, how did we get to that many varieties of Japanese Kit Kat, and, while we’re at it, which are the flavors everyone should definitely try?

To explain the reason of Kit Kat’s success in Japan, we first have to understand a little bit about the tradition of omiyage and its cultural significance. 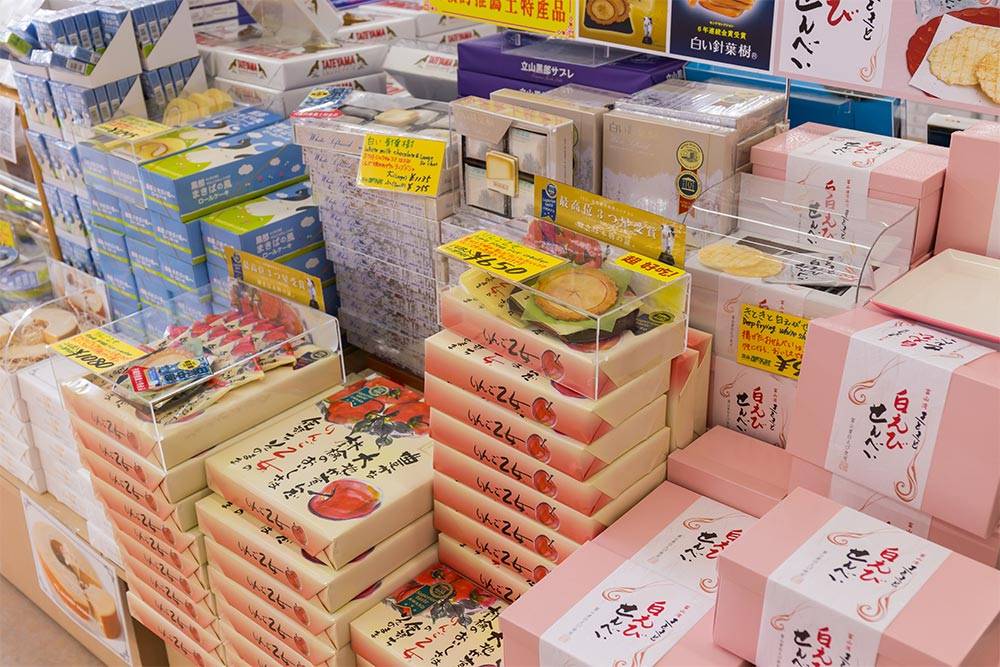 When translated directly, the word “omiyage” (お土産) is Japanese for a souvenir. However, unlike little knick-knacks that we usually by to decorate our homes with, omiyage is a gift that everyone in Japan gets on a trip to take back for their friends, family members and coworkers. And, most importantly for us, omiyage is - more often than not - edible (aren’t all the best gifts?). Just like souvenirs from the most renowned places in the world - mini Eiffel Towers you get in Paris, Colosseum statues from Rome, etc.) - omiyage usually signify a specific product characteristic to the place where it’s been purchased - they reflect their origin.

This caring gift-givng tradition is said to have started centuries ago and most likely has a strong connection to religion. First omiyages were brought back from piligrimages to Shinto Shrines - these little tokens were believed to carry with them the power and blessings received by the worshippers at the actual shrines. So at its core, omiyage has always been a way of expressing love, care, and wishful thinking towards people closest to you - it’s a way of sharing your blessings and it’s easily one of the most beautiful traditions we’ve ever heard of!

How Omiyage Influenced the Production of Kit Kat in Japan 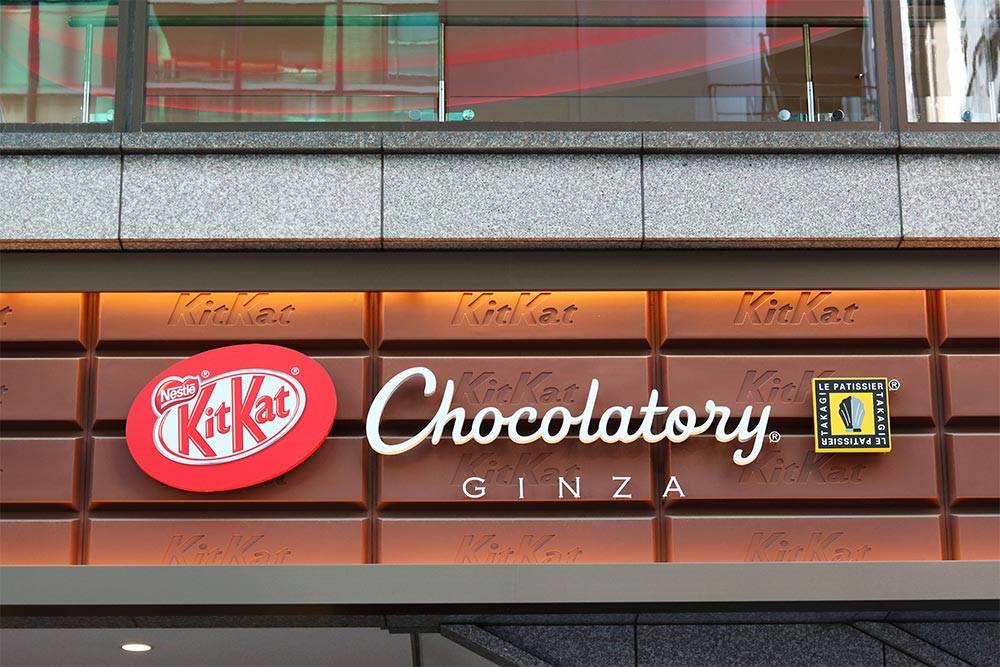 Kit Kat was first introduced to the Japanese market in 1973 thanks to a deal made between Rowntree’s (a British confectioner) and a fellow Japanese confectioner and the owner of the restaurant chain named Fujiya. The introduction was pretty successful and by the year 2000, Japan was producing its own Kit Kat bars. But it would not start on its way towards becoming one of the nation’s largest confections until 2004, and the introduction of the first specialty flavor - the green tea Kit Kat!

Since 2004, the flavor varieties slowly but surely started to expand and became more and more audacious as time went by. In 2010, the most successful flavor was soy sauce Kit Kat! To be fair, wouldn’t you want to try it out of sheer interest if you saw that bar on the shelf in your local grocery store? And that’s exactly were most bars were sold in Japan as well - in grocery stores and markets that rotated their produce pretty frequently. Therefore, overproduction quickly became a problem - frequent rotations meant that a lot of the bars were going to waste, so the solution was thought out and it changed everything - Kit Kat started producing smaller batches of region-specific flavors, some of which were only available at certain times of the year!

Now, one of the most basic characteristics of human psychology is that from a very young age, we want what we can’t have. Therefore, the interest around rare and versatile Kit Kat flavors skyrocketed in the beginning of 2010s. Higher demand makes for better gifts, doesn’t it? So not only did various flavors of Kit Kat became signifiers of their respective regions, but they were also turned into one of the most popular options for omiyage! People all over Japan travelled to different regions and brought back the most intriguing flavors of these chocolate bars back to their loved ones. Kit Kat became everyones favorite gifts to receive! And higher the success soared, the more flavors were created and produced!

Brand’s massive growth was also helped with their award-winning marketing campaign Kitto Katsu - luckily, this popular phrase that sounds a lot like Kit Kat, translates into “you will surely win” and the campaign turned their chocolate bars into a way of sending encouraging messages to students before their exams and to anyone facing big life challenges in general. Unsurprisingly, it was a huge success - people all around Japan were sending bars of Kit Kat to their loved ones to wish them luck and combined with the already existing tradition of omiyage, unique flavors of Kit Kat were becoming an integral part of Japanese food culture. So it didn’t come as much of a shock, when in 2012-2014, Kit Kat overtook Meiji as Japan’s most popular confectioner. As a response to their success, Nestle started producing Kit Kat in two different facilities in Japan - in Himeji and Kasumigaura, with new recipes developed by chef Yasumara Takagi.

What Are the Best Flavors of Japanese Kit Kat Everyone Has to Try? 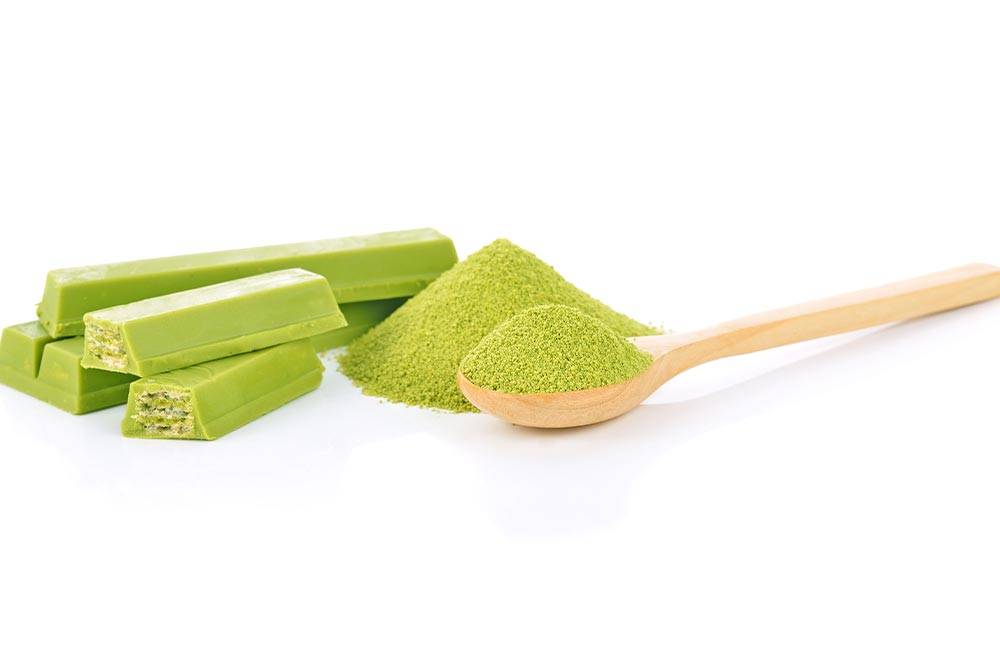 A varied selection is always a plus - choice is a luxury and we must appreciate it, however, having way too many options can also become a headache-inducing burden, and with 350+ flavors, it’s easy to see how choosing your favourite Kit Kat can definitely be a burden!

So, we are here to help! While tastes vary and when it comes to food, best and worst is as subjective as it gets, we will gladly offer you a list of top 5 of our favorite flavors - believe us or not, that’s up to you, but after all, how bad can even your most disliked Kit Kat bar really be? There aren’t all that many risks to be taken when it comes to chocolate this delicious!

Not only do these bars look absolutely stunning with their delicate pink hue, but they also taste better than most of your grocery store chocolates - the combination of the sweetness of milk chocolate with tart, refreshingly zingy touches of raspberries is a match made in heaven! Raspberry Kit Kat from Japan is easily one of the most moreish treats precisely due to the berry flavors making the overall mix a lot lighter and more indulgent - you can have bite after bite without feeling all sugared-out! For a bit more of a zing and the addition of some decadent festive flavors, you can also try orange Kit Kat - the classic combination that tastes like Christmas even in mid August!

Unlike any other chocolate bar you’ve ever tasted, roasted tea Kit Kat is a combination of flavors that feels more like a roller-coaster! It’s deep, rich, bright and slightly tangy at the same time. Funnily enough, goes perfectly with a cup of coffee (and tea, obviously)!

Now, this is the one for dark chocolate lovers everywhere! And we aren’t talking about those 54% pretenders, we mean the real deal! Otono no Masa is the ultimate dark chocolate flavor, bringing you bitterness, floral and fruity undertones alongside with the most rewarding hint of sweetness that lingers on your tongue for just long enough to make you want another bite. So, if you love your enticingly bitter flavors, Otono no Masa Kit Kat is for you!

The impeccable flavors and color of ruby chocolate is a vast subject demanding a whole separate article, but for a brief summery - it’s floral, sweet, bright, almost berry-like, and absolutely delicious! And when Kit Kat decides to add cranberries and almonds into the mix, the final product ends up being unbelievable combination of flavors that you absolutely need to try! So get your hands on ruby Kit Kat with almonds and cranberries and see for yourself!

We already mentioned the importance of green tea Kit Kat, however, as delicious as it is, we can’t help but be even more in love with its more decadent iteration - dark green tea Kit Kat is exactly what it sounds like! It combines the rich, deep flavors of dark chocolate with uplifting, bright and refreshing tastes of green tea, resulting in a mix you will never want to be apart from! And the best part is, if you happen to prefer milk chocolate, you can still get the same enjoyment of this stunning flavor by simply opting for the classic green tea Kit Kat! Exquisite either way (and it’s definitely a fan-favorite)!

Where to Buy Japanese Kit Kat? How About Online? 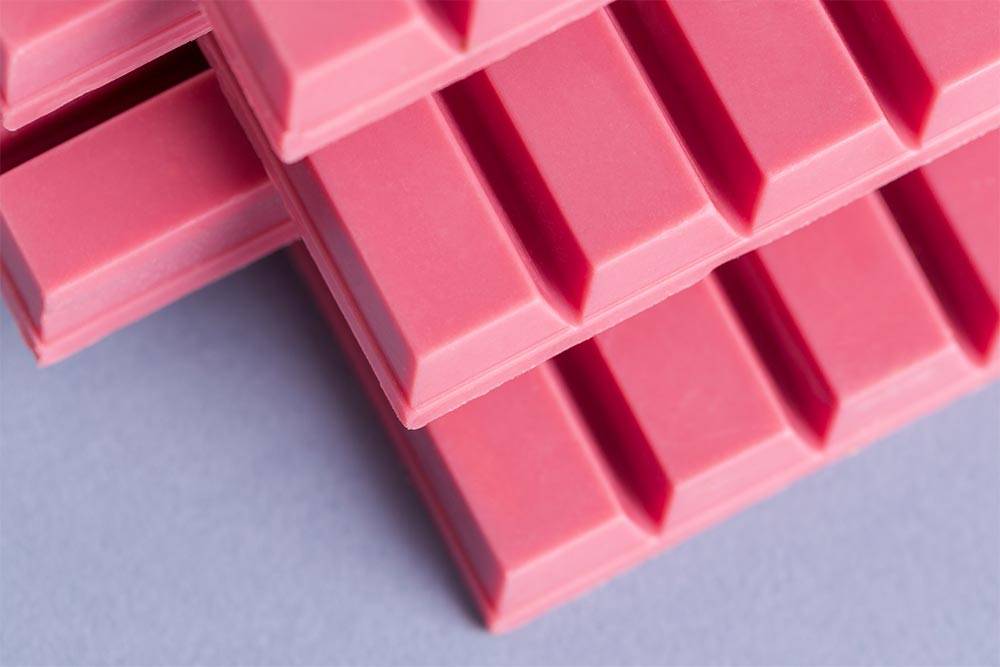 One of the best things about internet? You can get region-specific Kit Kat flavors anywhere in the world! And while some of them are simply too exclusive and rare to be found online, quite a few of their most decadent flavors are still available right here, at Yummy Bazaar! Give our selection a taste, find your favorites and start planning your trip to Japan for some more impeccable renditions!

And, most importantly, don’t forget to bring back some omiyage for those you care for the most! After all, what beats chocolate when it comes to expressing love?!