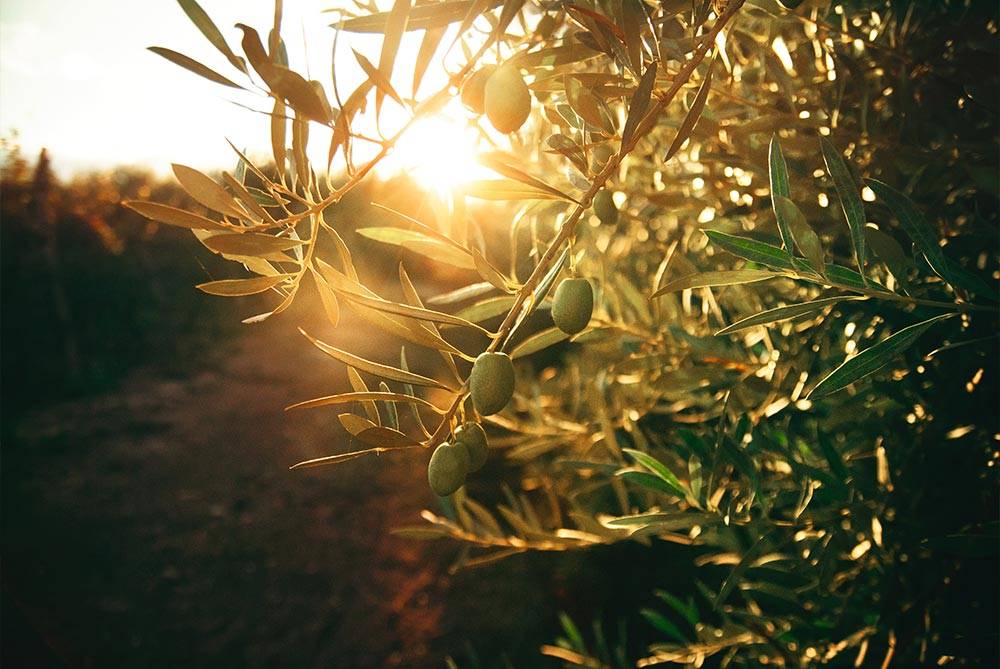 Let’s suppose you were planning on planting an olive tree - what kind would you go for, green or black? Trick question! In reality, while there are different types of olives, color is not one of the differentiating factors - every green olive will eventually ripen and become black, it all depends on when you decide to harvest them! Green olives are harvested around October and have a nuttier flavor, while black ones are usually picked around December and are, as expected, softer and milder in taste.

If you’re a true olive connoisseur, you probably already knew that. However, for those of you who are just now discovering the enticing flavors of these fruits (why yes, fruits), this article is a perfect first step to kick-start your knowledge of all things olive!

These indulgent fruits have been cultivated for over 8000 years, and humans have been loving - well, no, first hating, then loving; it’s very much so an acquired taste - them for just as long! A quintessential Mediterranean plant - Olea Europaea - has become an essential part of this region’s exquisite diet. From Greece to France and predominantly Italy and Spain, it’s beloved not just for its flavors but, perhaps most importantly, for its oil. The tree itself is an evergreen shrub and is also found in Asia and North America - in general, it thrives the best in a warm climate and rocky soil. 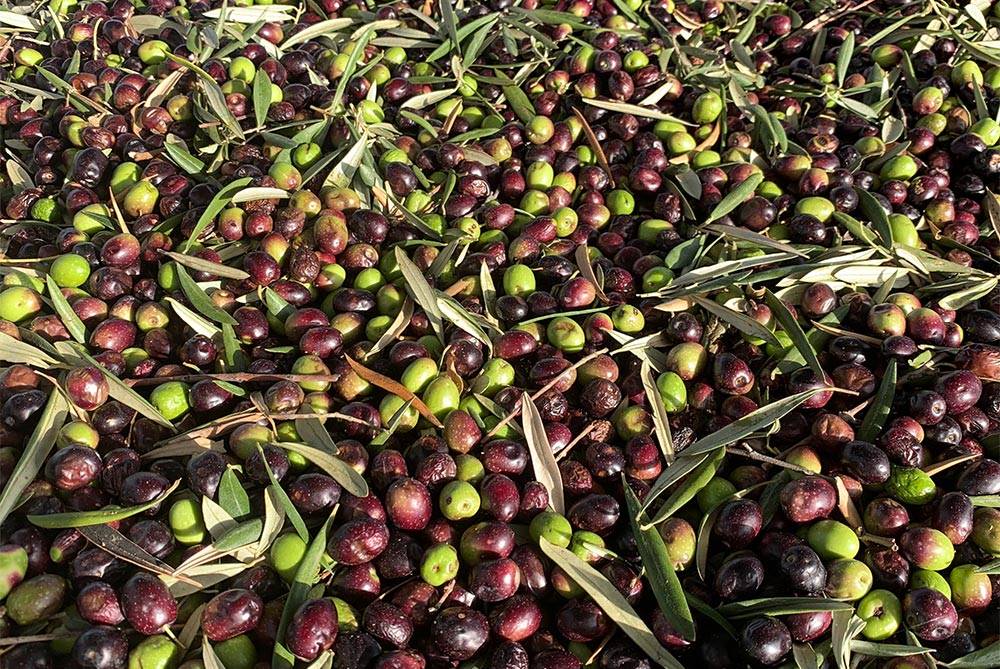 Well, initially, they are not quite edible - olives in their natural state are pretty bitter. In order to reduce their inherent bitterness and bring out a diverse set of flavors, they are cured for varying periods of time and, in the end, acquire their characteristic salty, nutty, slightly fruity taste we’re familiar with.

Olive curing can be quite a laborious task and has different variations that, in the end, determine how rare a finished product is and, therefore, how expensive olives you’re getting your hands on are going to be (granted, there are other factors that play the part as well).

If you’ve ever bought black olives that look a bit pruned and wrinkly, it’s very likely that they’ve been dry-cured, meaning that they were packed in salt for at least a month, losing most of their bitterness and moisture and then rehydrated before ending up in your kitchen. They are quite flavorful since, just like dried fruit, all the flavor is now a lot more concentrated. Another, probably the most used technique for mass-production, is lye curing which takes the least amount of time because it uses the alkaline lye solution to remove the bitterness, however, it also takes away quite a bit of flavor and is not favored among olive connoisseurs.

On the opposite end of the spectrum, we have water curing and brine curing, resulting in the most premium of olives. Water curing involves rinsing and soaking olives in water over and over again for a long period of time, resulting in a plump, decadent product, with all of its natural nutty, salty, and sweet flavors, but none of the bitterness - this method takes the longest and is, therefore, utilized the least. As for brine curing, it’s usually used for ripe black olives and involves soaking them in saltwater for up to a year, resulting in olives with the most pronounced sweetness of all. Both of these methods are highly technical and demand a lot of dedication, time, and care, which is why premium quality olives and olive oil can often be quite expensive.

Are Olives Good for You?

In short - yes! Olives are a great source of a multitude of nutritional benefits, predominantly healthy fats - yes, there is such a thing! To put it plainly, there are two types of fat, saturated and unsaturated - the former you want to limit and consume in moderation, while the latter is pretty good for your overall health (part of the reason why avocados, chia seeds, and other high-fat foods are referred to as superfoods).

So if you were avoiding olives cause you weren’t sure - now you know! Olives are good for you, so snack on them when you wish - although they still contain a notable amount of salt, so don’t overdo it - granted, that’s true for all foods; moderation is always key!

What Are the Best Olives? 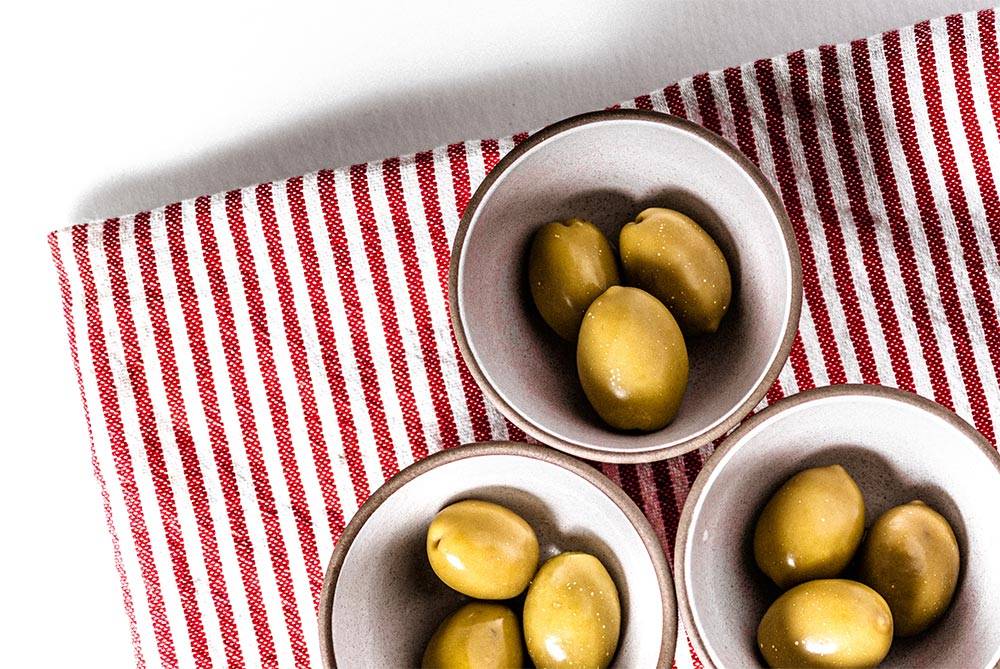 As is the case with most food-related questions, determining the best olives is also quite a subjective matter. However, there are few varieties that have been renowned for their taste, quality, and rarity.

Cerignola olives are predominantly produced in Italy and are beloved for their buttery flavor, crispy texture, and large size. Gordal olives are another large green olive variety - these ones are predominantly produced in Spain. Great for stuffing and serving with tapas or enjoying on their own as a quick snack! And we can’t talk about green olives without mentioning Picholine! These French beauties have a tart flavor and can be consumed on their own or be enjoyed in different dishes like stews and appetizers as well! Although if you enjoy snacking on olives, you absolutely have to try one of the most renowned Italian varieties - Castelvetrano olives.

Not a fan of green olives? No problem! France has another variety in store for you! Olives de Nyons (unsurprisingly from Nyon) are small but bold - they’re dry-cured, therefore pack a lot of flavor - so dive in prepared! Kalamata olives, on the other hand, are renowned in Greece and can be regarded as a great midpoint between black and green varieties. Preserved in red wine vinegar or wine itself, Kalamata has a purple hue and rich, smoky, yet delicately sweet and fruity flavor.

Whichever you decide to try, you’re guaranteed to learn something new about your palate and maybe even expand it to horizons you weren’t expecting! From Spanish to Italian, French, and Greek, every olive is worth a taste! And luckily, you can find them all right here, on Yummy Bazaar! So browse away and discover your favorites!