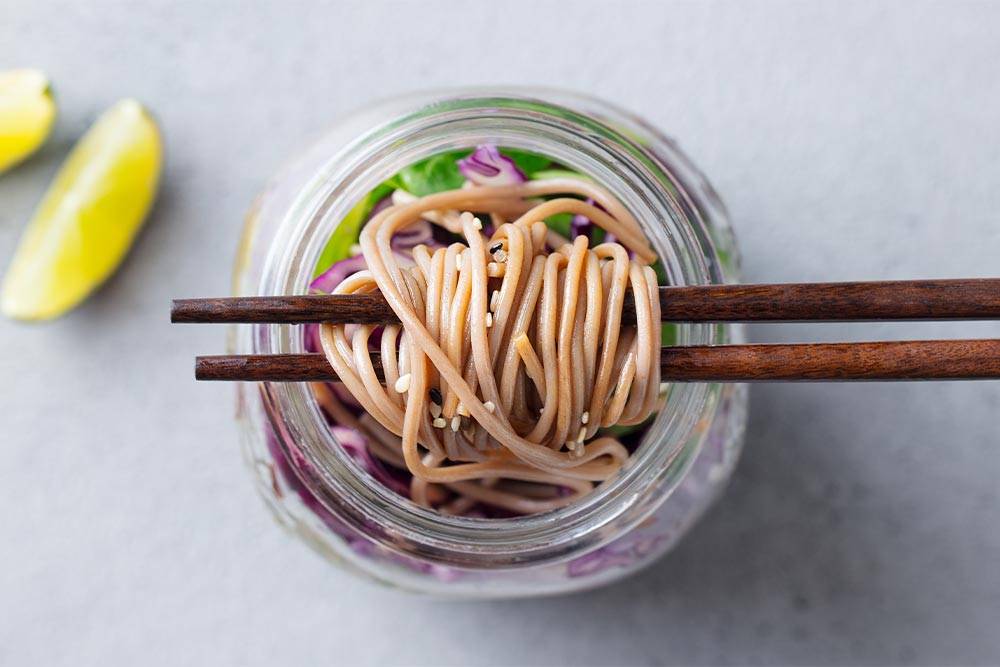 The history of noodles is a long winded and a complicated one - due to the fact that they are made of pretty straightforward ingredients (flour, water, sometimes eggs), they have been around for quite a while, and it’s tough to determine who got to the perfect recipe first. Most countries have their own variations of this simple dough, as well as their own methods of preparation and lists of complementary ingredients.

While Italy might be the most famous producer of pasta, it’s highly likely that Italian pasta has an ancestor in ancient Asian noodles that are said to have originated in central Asia thousands of years ago, and then slowly but surely have spread all around the world. By the time the 13th century rolled around, pasta had already garnered quite a name for itself in Europe, just in time for Marco Polo to give the western society a detailed description of how the noodles were made in Asia, in his autobiographic book “The Travels of Marco Polo” - but it’s not very probable that his accounts were the first introduction of the western world to noodles, since, as we already mentioned, by that time, pasta had already been introduced to Italian suburbs.

What’s the difference between Asian noodles and Italian pasta? 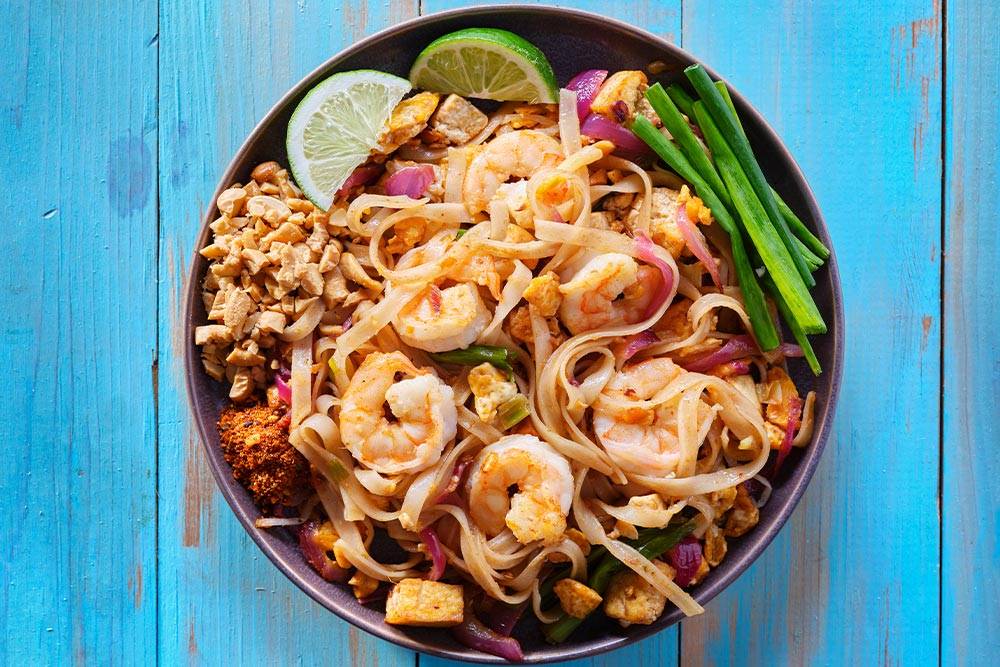 If there is one thing food can do incredibly well, it’s adaptation. That’s precisely why there are so many recipes in the world that are quite similar but can be differentiated based on the geographic conditions of the place that it was made in. And noodles are easily one of the easiest culinary delights to change up based not only on where you are and what ingredients you have access to, but also on your primary goals.

So, when noodles got to Europe, they too underwent a slight alteration - the varied bases of barley-like flours, mung bean flour, tapioca, sweet potato starch, etc. were replaced with durum wheat flour, since once dried, this type of noodles could last pretty much indefinitely. In addition to a longer shelf life, the Mediterranean durum also gave pasta a chewier texture and a stronger bite, thus differentiating it from softer, smoother Asian noodles.

Another big difference between the two is the cooking time and the desired consistency - you’ve probably often heard the term “al dente” when talking about classic Italian pasta, signifying that a well-cooked pasta should have a bit of a bite, instead of being completely cooked through. This is also a western addition, since most Asian noodles cook incredibly quickly and while overcooking them is also not advised, leaving them partially tough is not encouraged in most recipes.

The Most Renowned Types of Asian Noodles 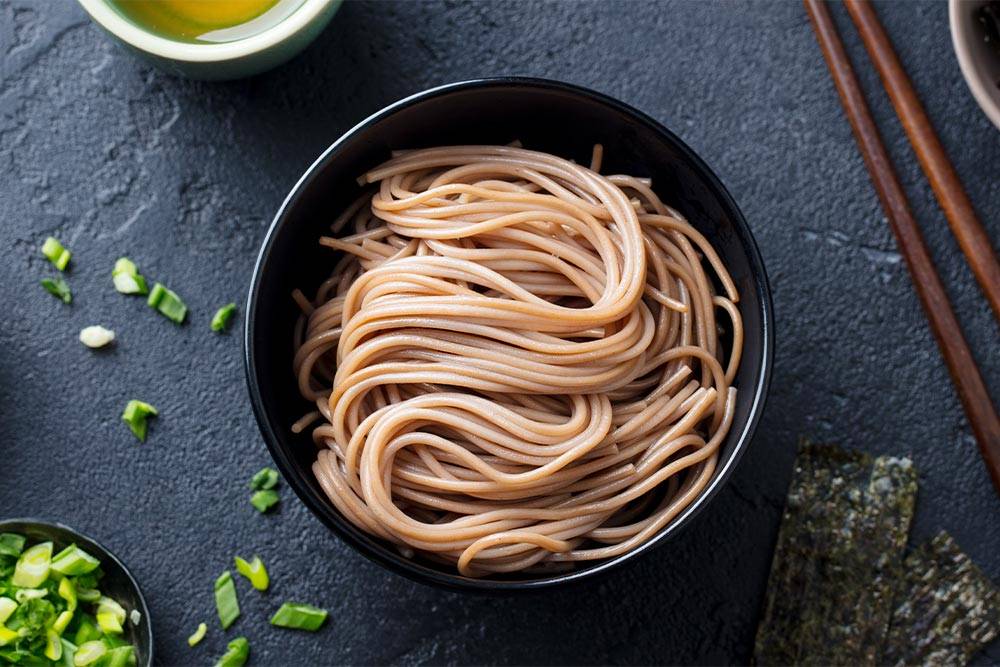 As we already mentioned, in Asian countries, there is quite a variety when it comes to noodles and most of it is created based on the flour that’s being used to make the dough. From wheat to potato starch, there are more than enough options for everyone to enjoy. From classic soba beloved everywhere to exclusively Japanese shirataki noodles, you’re guaranteed to find something that suits your taste and soothes your taste buds!

And while the options are endless, all of them can be attributed to one of the three main types of Asian noodles - wheat, glass\cellophane and rice noodles.

Made with one of the many forms of wheat flour, water and, in some cases, eggs, wheat noodles are the largest group with the most variations. From larger, softer lo mein to smaller and more delicate chow mein, these noodles can be used in everything, whether it’s a broth or a stir-fry.

Lo mein and chow mein are both egg noodles and resemble spaghetti in their appearance but chow mein noodles are crispier when cooked, while lo mein are softer and squishier, tailor-made for soups and dashi-based broths with varied vegetables and tofu. They can both be consumed right after boiling, or, alternatively they can be tossed in the stir-fry with other ingredients and fried until crispy.

Just like most, wheat noodles are pretty versatile and can complement many different flavors, so you’ll find them everywhere in Asian cuisine.

Same can be said for the renowned Udon noodles - even more plump, soft and chewy than lo mein, these stunners are often mentioned as fan-favories and for a good reason - their texture allows them to soak up as many flavors as possible, making Japanese udon noodles a perfect addition to mirin and dashi broths, dips, as well as famous Korean soups and so much more!

However, when it comes fan favorites, nothing can beat the ultimate classic - ramen! Also a member of egg noodles club, this impeccable variety is beloved not just because of its taste, but because of its convenience as well! Ramen originally from China and it’s said to have been adapted by Japan in the 1900s. They usually don’t require to be cooked in boiling water for a while, a short steam in some hot water will do just fine - thus to nobody’s surprise, the instant cup noodles are mostly beloved by - you guessed it - students! But it’s important to mention that while we might all think of instant ramen as soon as we hear these types of noodles being mentioned, there are plenty of premium quality, gourmet recipes utilizing these very variety, that you don’t want to miss out on!

Another rendition of wheat noodles (well, half-wheat would be more accurate), are soba noodles that are partially made with buckwheat flour. Prominent in Korean dishes like naengmyeon and mak-guksu, it’s an unusual type of noodle, because while it is made by boiling, it’s usually served cold - to the point where at times tou might even see them being mixed in with some ice! The cold temperature makes the texture of soba noodles completely transform into something decadent and irresistible, and the earthy, nutty flavors of buckwheat make them an inimitable indulgence! 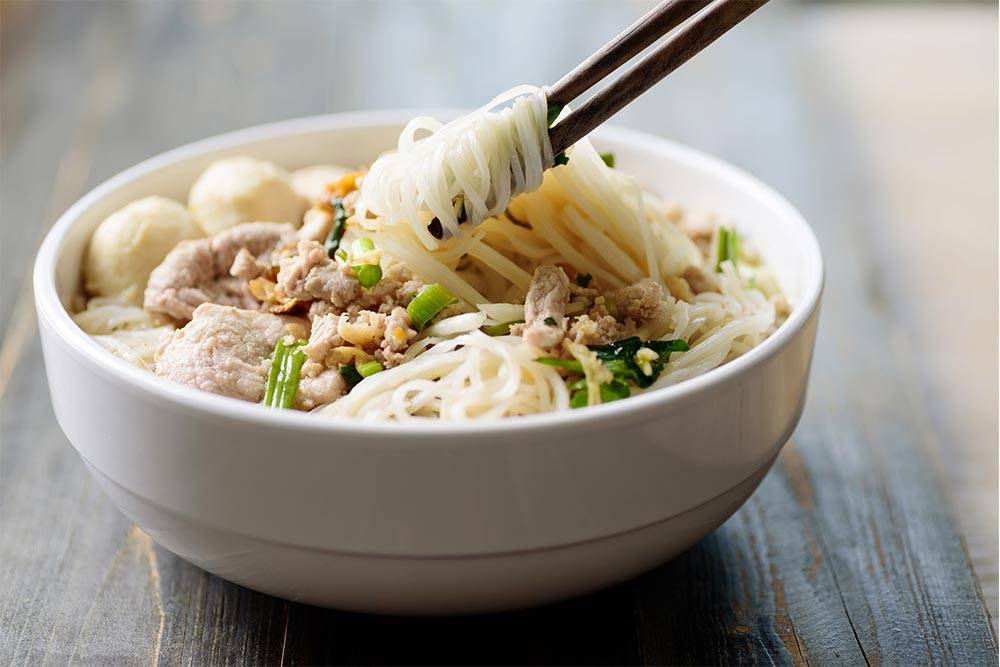 Made from rice starch, these noodles come in various shapes and sizes. They are an absolute staple for Asian cuisines and are characterized by their bright white color and firm, springy texture. From classic, beloved Phad Thai to a myriad of broths and fry-ups, there is no end to all the dishes you could prepare with some authentic rice noodles. Mostly flat-shaped, they complement sauces as well as soups and feel indulgent to eat.

While rice noodles are popular all across Asia, their thinner variations, vermicelli rice noodles, are particularly beloved in Vietnam and Taiwan, featuring in many of traditional dishes. From complicated recipes to a simple boiled and fried vermicelli, you can make this classic variety as simple or as complex as you wish - it will taste incredible nonetheless.

Talor-made to absorb every flavor they’re put in, glass noodles are a match made in heaven for flavorful broths, but especially for stir-fries and buddha bowl-style meals that require something crispy. They can be made of any starch that is not rice or wheat - from mung bean and tapioca to sweet potato - and don’t have much flavor on their own, since starches are usually separated from their source to make sure that the noodles don’t taste of anything. After being quick for around 4 minutes, glass noodles reveal the root of their name - they become almost completely transparent, looking like glass or cellophane.

Glass noodles are also different because they need to be soaked before cooking and rinsed in cold water once they’re done. Also, it’s highly advised to coat them in some sesame oil to avoid stickig - they are incredibly thin and delicate, almost thead-like, so if they clump together, there is no saving grace to separate them again. Which is why, even though they look pretty straightforward, cooking glass noodles takes quite a bit of skill!

Where to Buy Asian Noodles? Of All Varieties? Great Question! 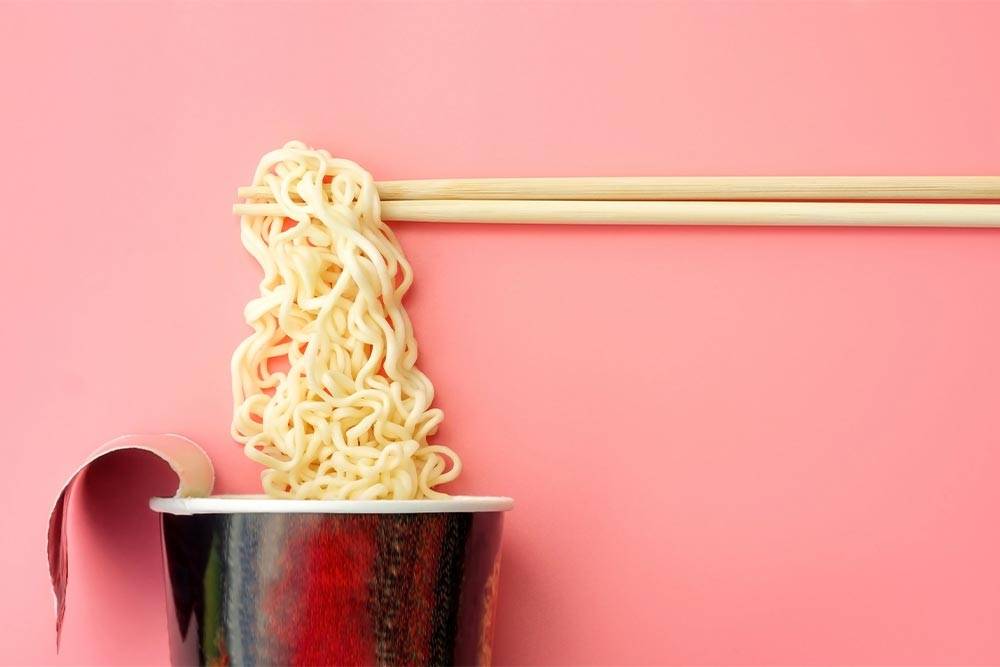 Most Asian noodles can be purchased both fresh and dried. If you’re lucky enough to live close to a store that supplies you with fresh-made noodles, we envy you and are also interested in any available apartments around your block. But if you’re not quite that fortunate, there are still ways for you to cook some of the most impeccable dishes with a wide variety of Asian noodles that can be found right here, on Yummy Bazaar.

From instant noodles to those that require a bit more of a dedication, everything awaits on our shelves, so go ahead, browse and find your new pantry staples without leaving the comfort of your home!