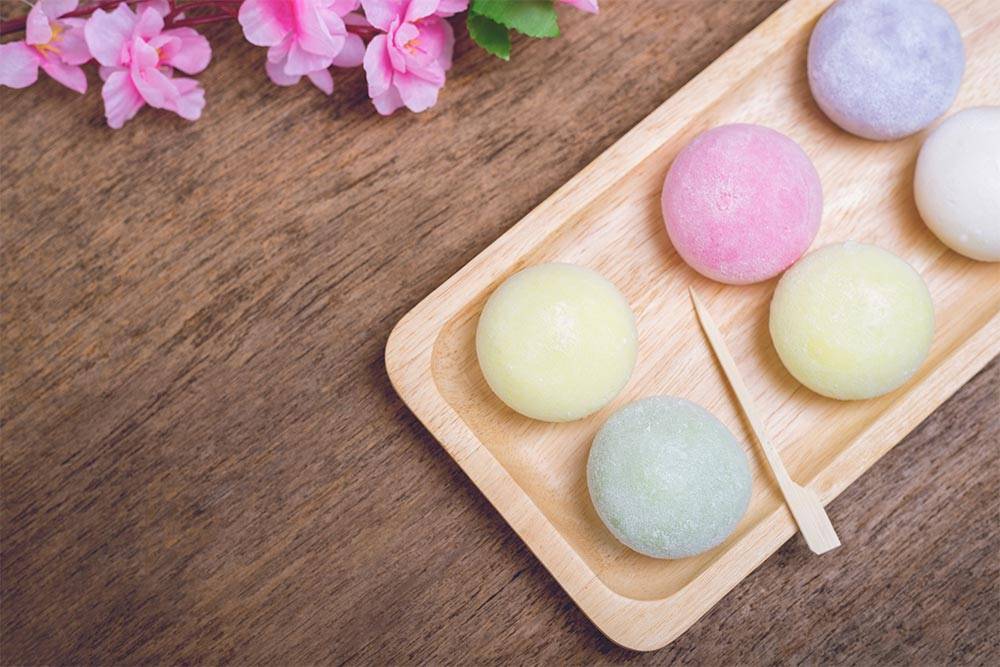 First of all, let’s start with the most obvious question - What is mochi? Well, Mochi is easily one of the Japanese cuisine’s most diverse and varied representatives. Essentially, it’s a type of Japanese rice cake made out of mochigame rice, which, in turn, is characterized by its glutinous structure. Japanese mochi can come in many forms and flavors, but at its core, it’s a tradition related to the New Year festivities, so eating mochi is inherently a celebration!

How Is Mochi Made? 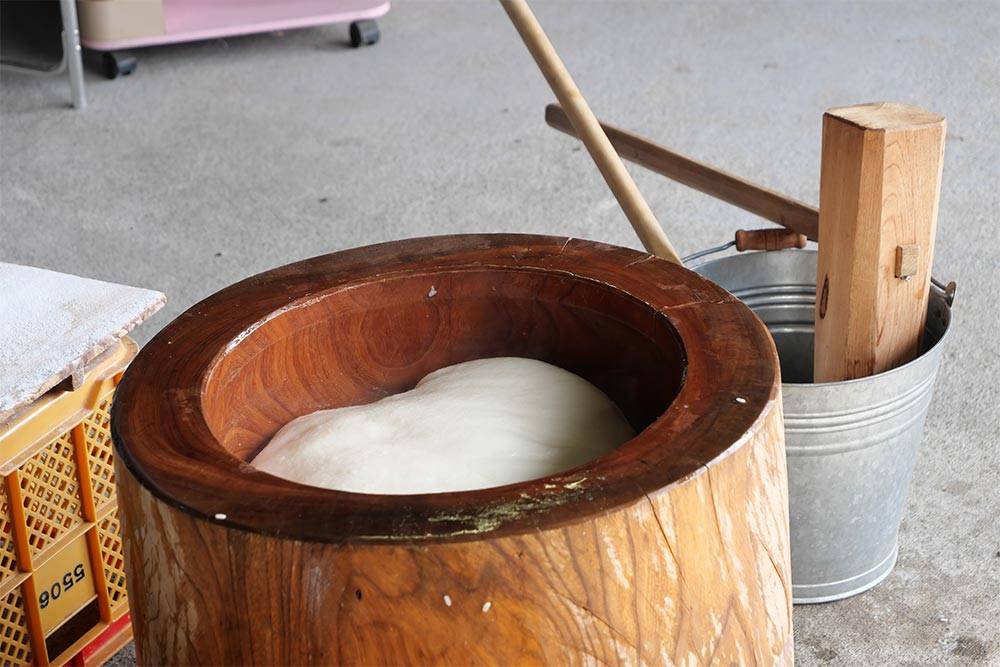 Traditionally, Japanese mochi was made by pounding steamed rice into a smooth, glutinous paste using a wooden pestle - kine - and a stone mortar - usu. The process usually involved two people, one’s job was to ground the rice with kine while the other turned the mochi and periodically added water to it. All the strenuous labor made mochi a special treat tailor-made for celebrating the new year. And while it was still eaten all year round, those that were made specifically for the festivities always had an extra differentiator, making them that much more special.

Modern-day mochi is made in many different ways - some of them traditional, others innovative and convenient. Most home cooks choose to use rice flour instead of whole grain rice, making the overall process a lot faster and easier. However, for those who want to stick to more of a traditional recipe, there are special machines made to pound the rice for you, so you still get the same taste with a lot less effort! Most of the machines even control the temperature of the rice, keeping it in the perfect range for gelatinization. So there’s even an argument to be made about the machines making a more technically correct mochi. However, if there is one thing studying the culinary world has convinced us of, it’s that no matter what, the love that goes into making food with your own two hands is next to impossible to beat with even the most remarkable technical proficiency! So for purists who still choose to make their mochi the traditional way - our hats are off in admiration!

What Is Daifuku Mochi & Why You Should Definitely Try It! 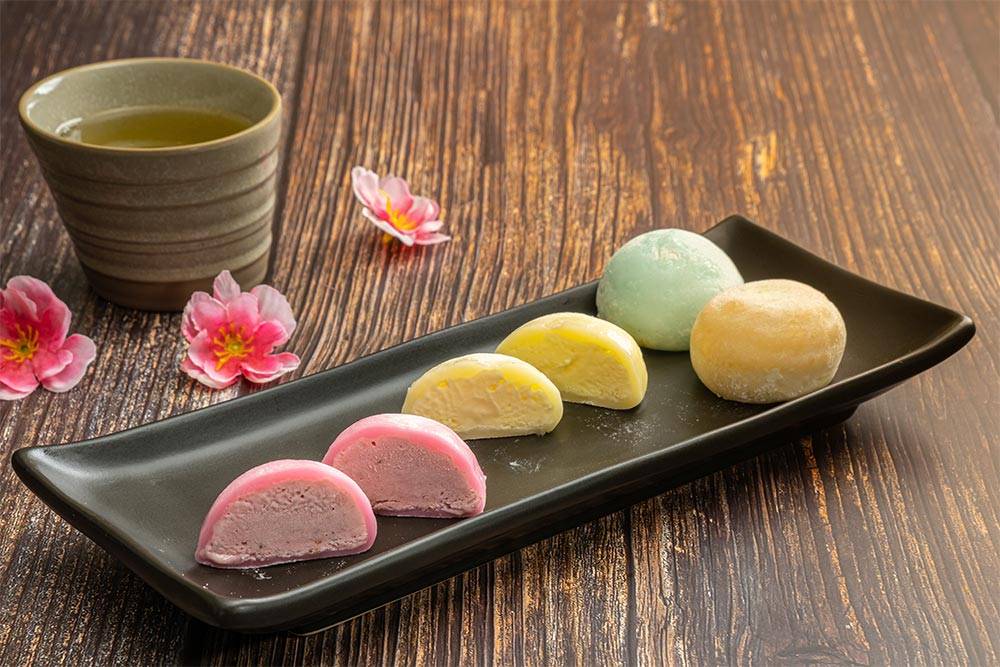 Daifuku is a sweet take on the traditional Japanese mochi. It has the same rice-based outer shell with a decadent filling awaiting in the middle. The filling, while usually made out of red bean paste (Anko), can vary, and along with it, so can the daifuku mochi. And that diversity is precisely what makes these sweet Japanese rice cakes some of the most exciting treats you could ever go for!

Daifuku mochi got its name from its shape - it was originally coined said name because daifuku translates to big belly rice cake! However, when it comes to solely the pronunciation, “Fuku” can mean both - belly and luck, so eventually, daifuku mochi turned into “great luck” mochi and have symbolized that very sentiment since then!

From whole fruits to melon pastes, anko, and mixtures of anko with fruit, the Daifuku filling is as varied as its colors! Whether it’s a simpler option like sesame daifuku mochi, more of a traditional flavor such as red bean daifuku, or universally beloved chocolate mochi, if you decide to buy daifuku mochi, you are guaranteed to get some of the most decadent tastes wrapped in the most surprising flavors that you’ve ever experienced!

How Do Japanese Eat Mochi? 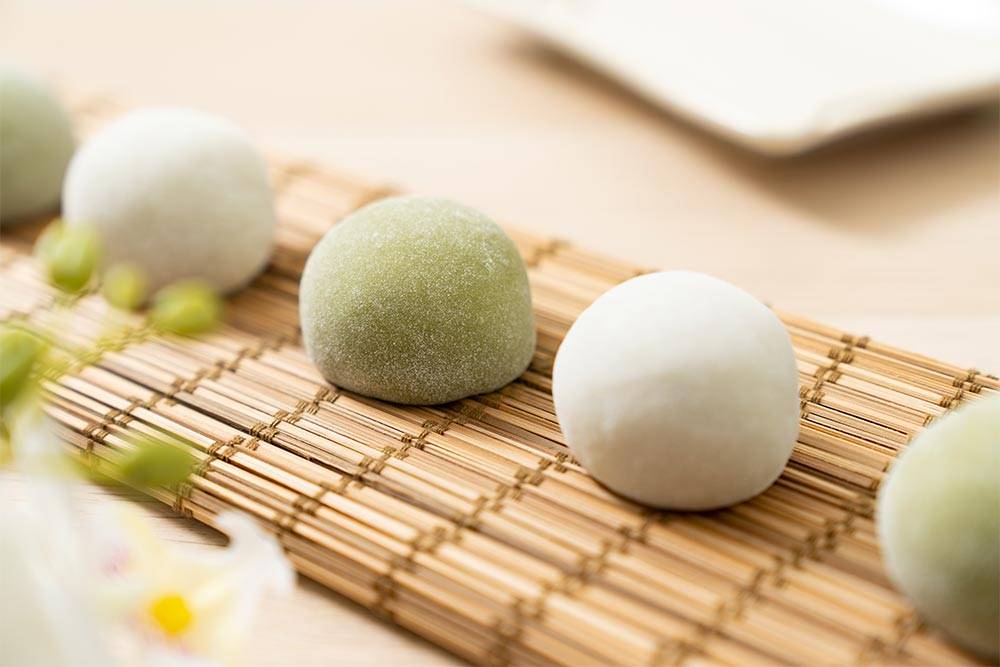 Daifuku mochi is mostly eaten along with a cup of aromatic green tea. The dense structure of traditional mochi goes perfectly with the light, refreshing taste of everyone’s favorite soothing beverage, while avoiding the risk of other strong flavors clashing with an already pretty robust treat!

Don’t know about you, but we love combining the delicate aromas of traditional Japanese green tea sencha by Ujinotsuyu with a citrusy tang of orange daifuku mochi or the bold flavors of blueberry daifuku! Perfect for any weather, but especially for warmer days, these bright, zesty aromas are guaranteed to lift your spirits!

We would also advise you to get your hands on Japanese milk tea by Ajinomoto if you’re planning on trying either the chocolate or chestnut daifuku mochi to delight in the combination of richer, creamier flavors and textures! As for everyone’s favorite strawberry daifuku mochi, you could combine it with any tea or coffee flavor you want, and it will still work out cause there is no way you will be paying an ounce of attention to any taste other than that of the most exquisite strawberry rice cake! It’s THAT good! 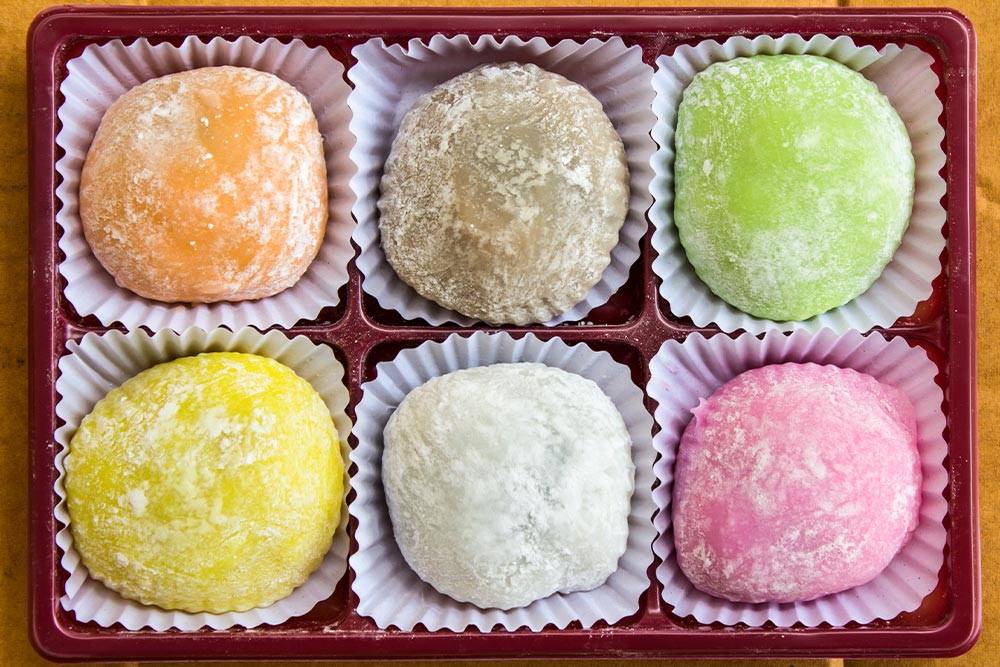 Fluffy, sticky, chewy, bright, and utterly delicious, all at the same time - what more could we ask from our desserts? We’re guessing not much! So, if you’re left wondering where to buy Japanese mochi, you’re already in the right place! On Yummy Bazaar, you can find a wide variety of Daifuku Mochi by Kubota as well as an aromatic selection of Japanese tea, therefore making sure you’ve got everything necessary to come up with your own favorite combinations!

So peruse away, discover new staples, enjoy every bite, and don’t forget the most important part - share the best Japanese mochi with your loved ones! Food is a perfect vessel for creating new memories - use it wisely and live in the moment - after all, how often do you get to try a piece of history that tastes this good?!