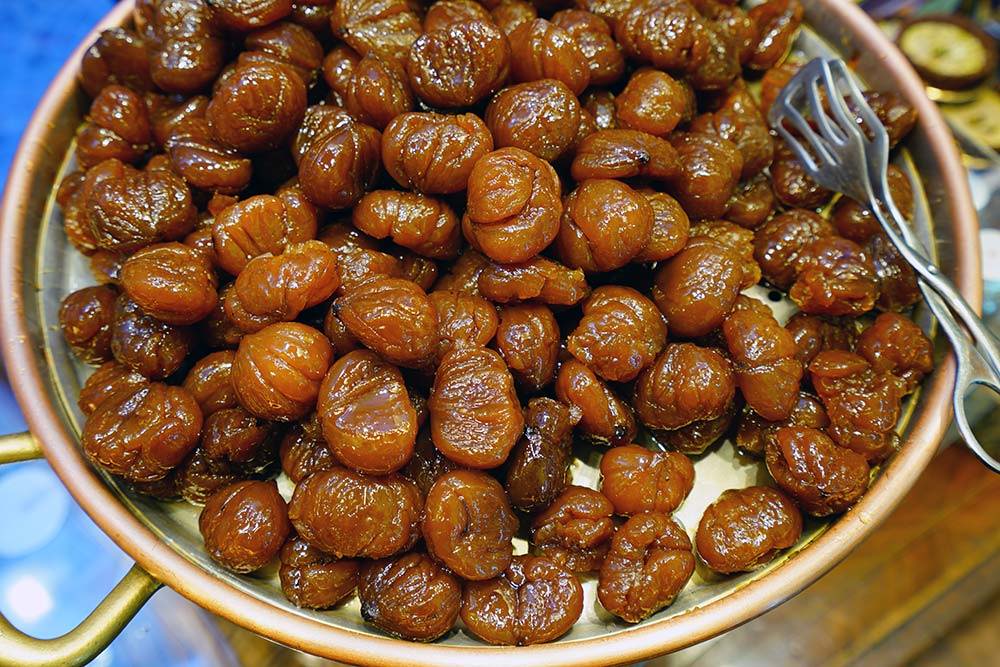 Have you ever tried marrons glacés? No, we don’t mean just candied chestnuts - we’re talking about authentic, decadent, luxurious marron glacé and its incomparable taste! Even if you don’t particularly enjoy chestnuts in their natural form, you’re guaranteed to fall in love with this treat, and here are all the reasons why!

First of all, what are marrons glacés?

Marrons glacés are a type of elevated candied chestnuts that take a long time and effort to make. They are cooked in a sugar solution, repeatedly coated in it, and then dried. Mostly popular in France and Northern Italy, these stunning treats are becoming more and more renowned all across the globe, and today you can read all about them to become as obsessed with marron glacé as we are - ‘cause if you are not already on board, you’re missing out!

The history of marron glacés 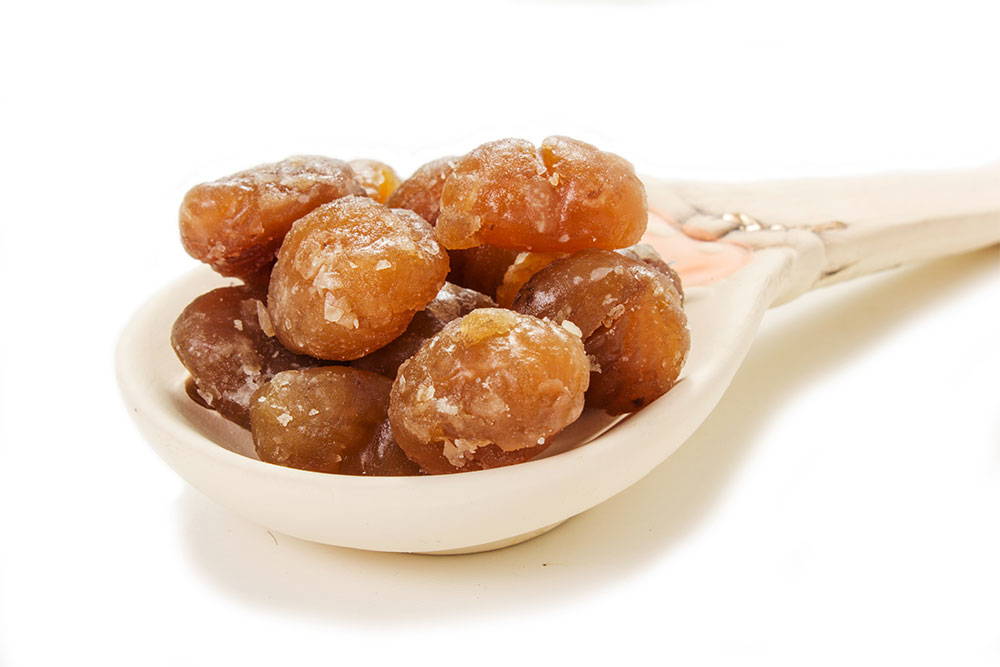 Chestnuts have been pretty popular in Europe for centuries. They have been and still are grown in many areas all across the globe, but nowhere are they more beloved than in France and Italy. Coincidentally, these are the same countries arguing over the title of the first originators of marron glacés.

One thing we can say for sure is that candied chestnuts, in general, must have appeared in both France and Italy quite a bit after the sugar was first introduced to Europe by the crusaders around the 11th century. Since it's more than likely that the sugar would be quite sparse in the beginning for such luscious creations, experts suggest that candied chestnuts must have first appeared no earlier than the 15th century, and Piedmont, Italy, was definitely one of the first places of its origin.

The introduction of marrons glacés, however, is said to have taken place in the 16th century, and we’ll let you know where exactly, as soon as the beautiful cities of Lyon (France) and Cuneo (Italy) settle their dispute over the matter! Although, when it comes to modern production, we have to admit, the authentic, premium French marrons glacés (we particularly recommend trying either Corsiglia marron glace or Clement Faugier) are next to impossible to beat!

As for the first recorded recipe - the earliest ones we have the knowledge of date back to the end of the 16th and the beginning of the 17th century. The former was written by the Italian chef working for the Duke of Savoy and the ladder by the French chef from the court of Louis XIV. And while all this is widely debated and is always a subject of speculation, the first written and published recipe we actually have access to was introduced in 1667 by François Pierre La Varenne, a chef de cuisine who worked for a nobleman near Lyon. In his book “Le parfaict confiturier” he described the process of preparing marron glacé as “pulling the chestnut dry” and thus, one of the most decadent treats in the culinary world was born. 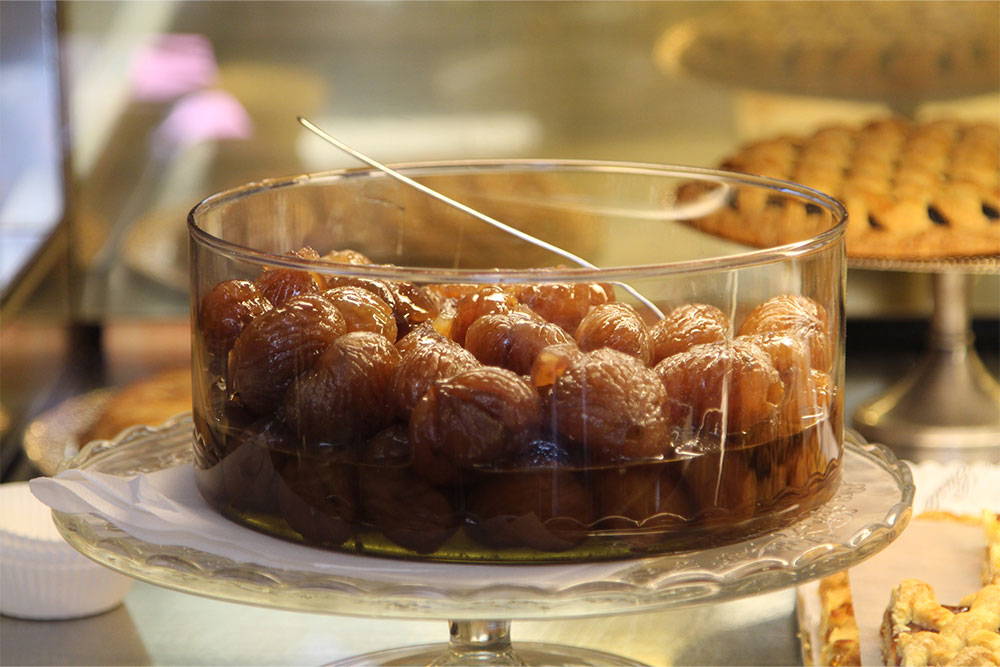 To make this stunning treat, as it turns out, not just any chestnut will do. Chestnuts in general have an outer membrane, which needs to be easily removable in order for the cooking process to work. And marron nuts, also known as Castanea Sativa cultivar, have a larger fruit with a membrane that’s the easiest to remove out of all the other varieties.

Marron glacé, to put it in loose terms, is defined as a confit marron, covered in caramel. The preparation process involves first deshelling and cooking the chestnuts in vanilla sugar syrup, and then, for several days, covering them in more syrup over and over again. In the end, instead of developing an outer layer of caramel, the entire chestnut gets saturated with sugar syrup, changing its original texture and becoming almost impossibly indulgent. It’s precisely all the time, effort, and premium quality produce required that makes marrons glacés so expensive - however, we can say without a shadow of a doubt that they are most definitely worth it!

The beginnings of the mass production of marron glacé is another interesting story which starts with a crisis and ends in a luxurious creation! In the 19th century, Lyon’s economic stability was facing some severe hardship due to the collapse of the silk market. Luckily, crisis has a tendency of making us think out of the box, and that’s precisely what Clement Faugier, an engineer, nonetheless, did when he decided to utilize the fact that Lyon was in a chestnut-producing region and give his home another chance at survival! In 1882 he partnered up with a local confectioner, and together they set up both the technology and the perfect recipe for the mass production of marrons glacés! Soon enough, their products became so popular that the Clement Faugier brand started making chestnut pastes, vanilla chestnut spreads, & chestnut puree as well!

To this day, the brand, along with the chestnut market, continues to grow and remains as one of the most elevated staples for every French pantry! You can find Clement Faugier as well as other brands’ stunning selection of French chestnut products right here, on Yummy Bazaar - the only answer to the question on all our minds - where to buy marrons glacés?