The Italian holiday season would feel incomplete without mouth-wateringly golden Christmas cakes sitting pretty on the shelves of pastry shops or carefully arranged Christmas dinner tables! Even though panettone might’ve been the one that popped up in your mind reading this, soon, it will be Veronese pandoro shamelessly occupying your thoughts. The sister cake of panettone is the minimalistic crumbly cake with an unbelievably fluffy interior and eye-catching golden looks. Unlike its Milanese progenitor, pandoro is picky-eater-approved - traditionally, the crumbly cake doesn’t contain any raisins or candied fruits. We have gathered all the information you need to know to discover new treats for your holiday dessert selection & exciting ways to take well-beloved pandoro to the next level. 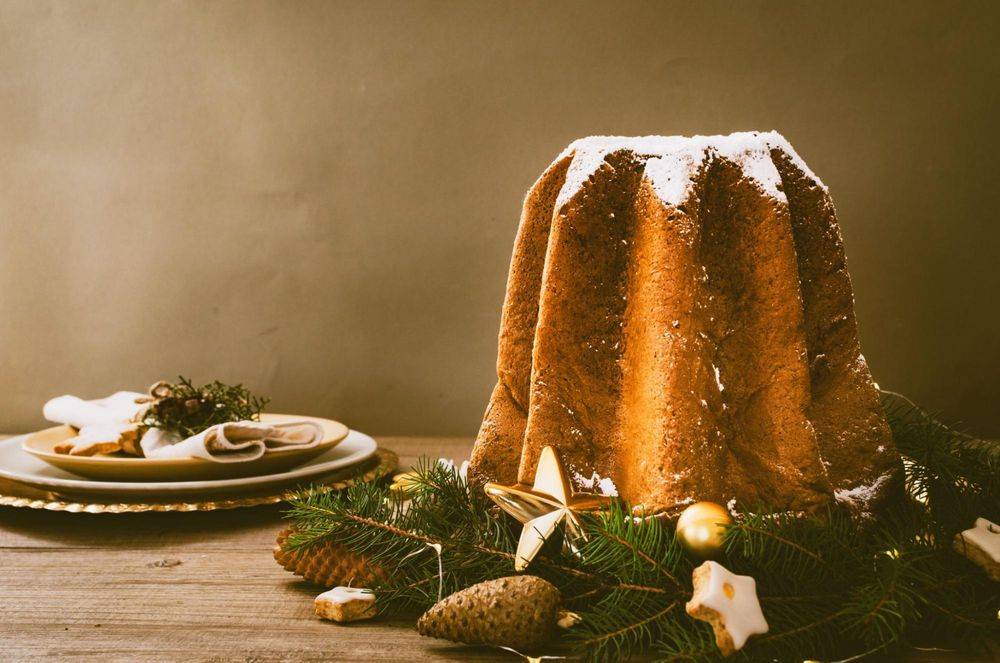 The History of Star-shaped Pandoro:

Even though its rich, eggy dough resembles fabled French brioche bread, pandoro is the ultimate Italian creation - according to some food historians, it might even be shaped after the mountains of Verona! The vanilla-infused bread-like cake has a well-documented history since it was first made in the 19th century by a local baker, Domenico Melegatti, a proud owner of an exclusive 3-year license to produce this specialty treat. After Domenico trademarked the star-shaped cake, pandoro became the talk of the town. However, it was incredibly trendy among the rich, who even gave the cake its moniker “bread of gold” - pandoro in Italian!

Its strength lies in its simplicity - at first glance, pandoro is a minimalistic, tasty treat; however, that’s not all this Veronese delight has to offer. Traditionally, it’s served with powdered sugar to resemble a snowy mountain and fill you up with a festive spirit. Yet, due to its perfectly delicious and simple nature, pairing pandoro with all the things you enjoy or want to incorporate into your desserts menu is effortless. So, join us while we share our favorite pairings and close off with note-worthy Italian names when it comes to choosing the best golden cake! 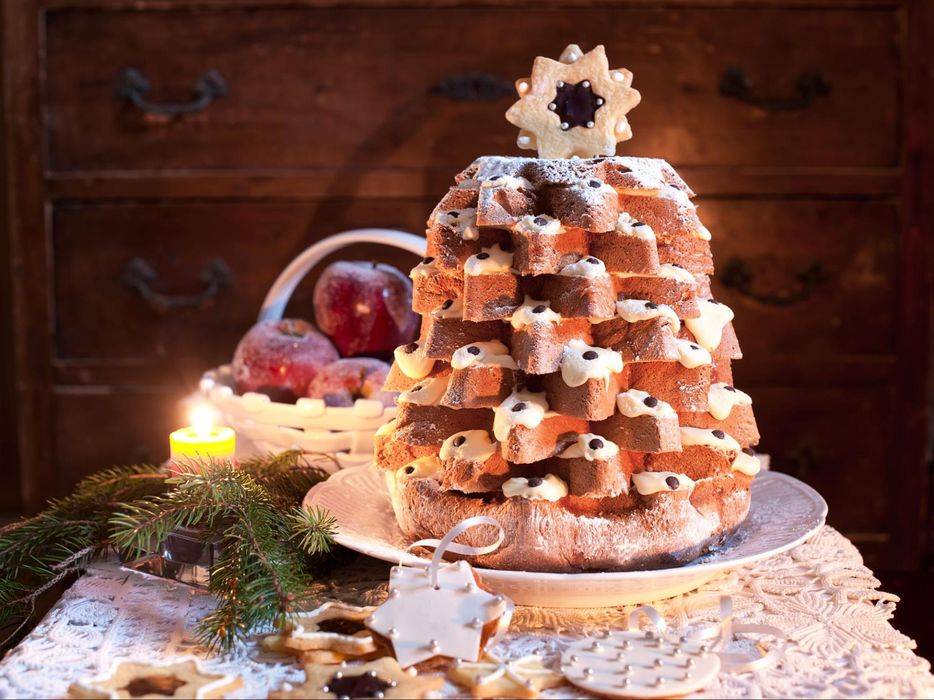 Take Your Pandoro Up a Notch

It’s effortless to transform perfectly fluffy, mouth-wateringly golden pandoro into a marvelous complexity if you’ve got what it takes: resilience of a loyal soldier, the dedication of an ungiving admirer, or these simple ingredients: 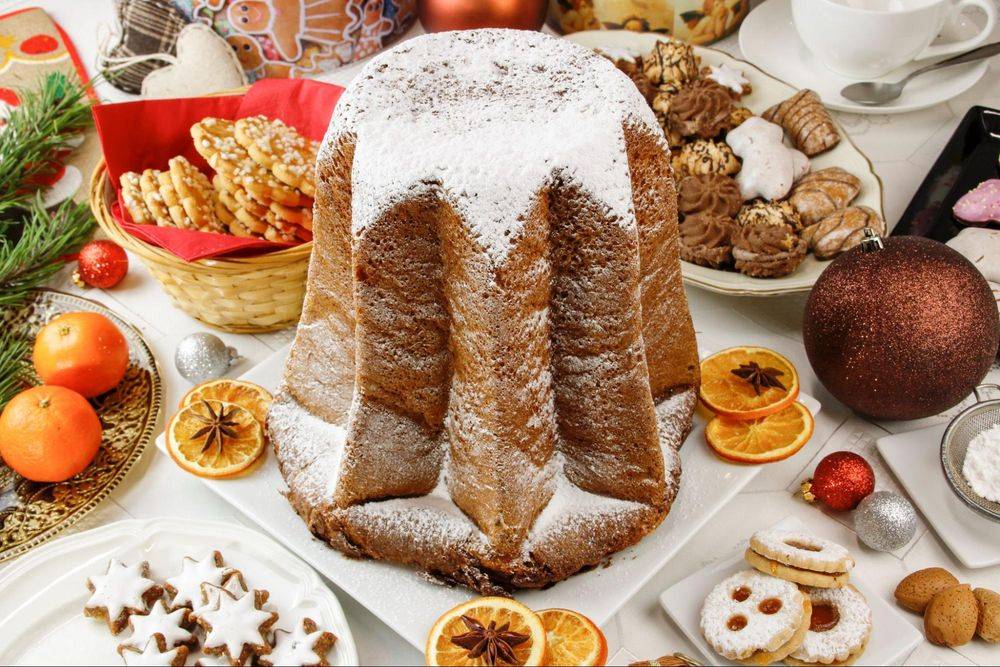 Since now you know how to eat Italian pandoro like a true connoisseur, it’s time to look at some of the top picks so that you won’t get overwhelmed scrolling through our extensive collection of tasty treats. We have picked a couple of names you should definitely get acquainted with if you want to fill up your holiday season with authentic Italian aromas!

Bauli blends the secrets of traditional baking with the latest technology, and an almost centuries-old experience under its belt attests to the fact that the brand has mastered the art of Italian seasonal treats. Established in Verona in 1922, Bauli even shares a birthplace with the fabled pandoro, making the brand an unrivaled nominee whenever you’re looking for irresistibly crumbly “bread of gold.” Let’s look at some of the not-so-hidden-gems (cause why would we hide them?!) of our collection, shall we?

Tre Marie is a legendary Italian brand, traced back to the religious school of the Virgin Mary founded in 1150 by four charitable women, helping the needy with their homemade sweet bread. The famous Milanese pastry brand takes pride in honoring traditional recipes and techniques, including the three-day ritual of panettone-making. So, to savor celebrated aromas of true Italian treats, no matter if you’re team pandoro or panettone, Tre Marie is the way to go! 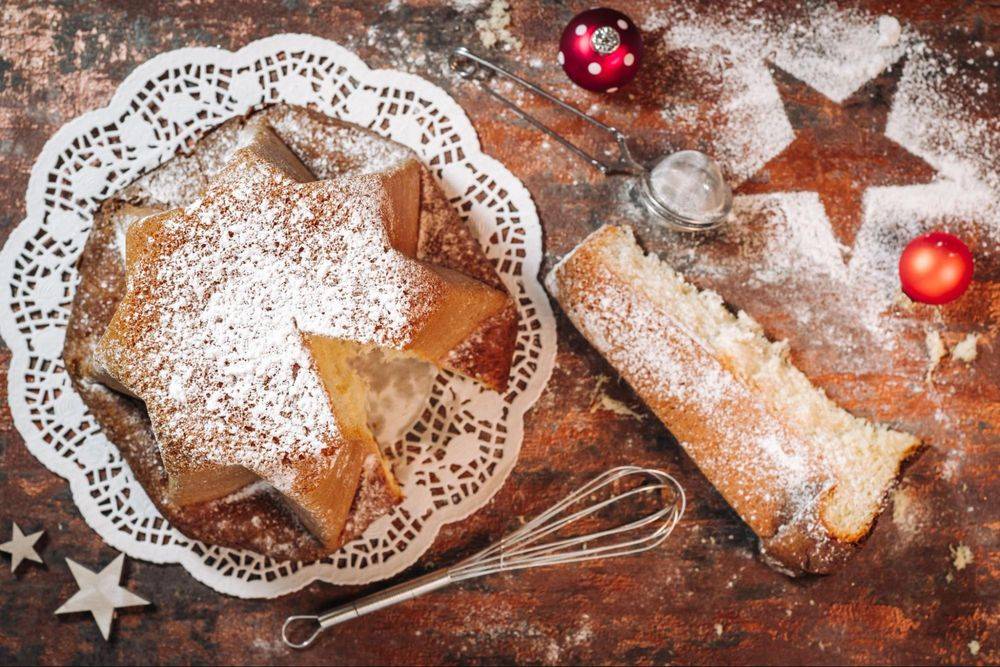 So, pandoro is a terrific way to broaden your festive menu with Italian aromas; it doesn’t matter if you prefer extravagant or straightforward desserts. From eye-catching dessert trees to simple sweet toast with rich nut butter, with pandoro, you (and your guests, if you resist the urge to gatekeep this golden bread) will be in for a luscious treat that’s guaranteed to become your favorite part of the holiday season!